Just so you don't think we have been completely lazy! (A little yes, but not completely) we have reevamped the downloads section so it should now work to give you full downloads of the first album 'Dreams of the Unknown' from the side bar ------->

Or from the new and shiny downloads page!
Posted by Broken G String at Friday, December 23, 2011 No comments: Links to this post 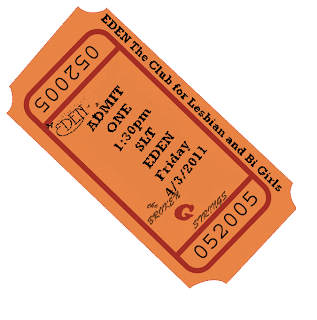 GIG ALERT
BROKEN G STRINGS ARE COMING TO A CLUB NEAR YOU!

Yes we have another gig! The Broken G Strings are coming to EDEN!


Where: EDEN... by the castle on the sand!
When: Friday 4th March 9.30pm GMT... 1.30pm (slt/pst)
What: A beach party, with your favourite gals from BGS! Kendra is DJing to get you in the mood until the band takes over for the show of your lives!
Posted by Broken G String at Wednesday, March 02, 2011 No comments: Links to this post

This is Shameless Promotional Material.... so you can't say you weren't warned!

Posted by Broken G String at Thursday, November 25, 2010 No comments: Links to this post

Yes! The opening of K-10 rocked to the awesome tunes from BGS! With a special encore of the vocal track (with actual singing)!

We had 10 on lead (and vocals!), Kendra on the drums, Anwen on bass, Stacy on synth and Maddy on keys!

We kicked off at 10:30 (slt) with a modest crowd then watched as more and more arrived! Opening with a track for the upcoming album, we then followed with some of the familiar classics. The smoke machines started, the lights began and we were well underway. The usual mix of banter followed, along with a mix from the old album and some new and exclusive tracks!

The lights and music continued for over 2 whole hours of fun, hijinxs, atmosphere... and even music!

Some of the photos are below!

Posted by Broken G String at Thursday, November 25, 2010 No comments: Links to this post

Yes its just an hour til we play at the opening of K-10 (aka our new permanent home!). Rock up and join us, tickets 100L in advance, free on the door! Join us!
Posted by Broken G String at Wednesday, November 24, 2010 No comments: Links to this post

Yes!!! the time has finally arrived! We are back and gigging! Not just gigging but we are playing the opening of the fabulousK-10 Dance club! It all kicks off at 10:30am (slt/pst) so make sure you come rock up and join us. We have our usual magic, fantastic set up, and not just the first album, but also some brand new tracks! Then after us the fabulous JenniferLee O Djs for the rest of the night. So lets give K-10 an awesome opening by rocking it BGS Style! Hope to see you all there!
Posted by Broken G String at Monday, November 22, 2010 No comments: Links to this post

All the great bands have to start somewhere. We still have our tour for the most sensational sims in the lace, but now, the travelling BGS have finally found a place to call home (or at least, we have found a place where we can leave things and be noisy and the owner hasn't thrown us out of yet!). We have a warehouse of our very own, at the awesome K-Ten in Tsurington. Come take a look!

Posted by Broken G String at Wednesday, November 03, 2010 No comments: Links to this post

Beach Party at EDEN!
WHERE: EDEN, the club for lesbian and bi girls!

Broken G String
The "Broken G Strings" is an SL all girl band. Available for gigs and events to create fun and mayhem for the audiences. Drop us a line and we will rock your sim!

Pantha Varriale: Sit back, relax and listen to the sounds of Broken G-Strings (if that is the right name lmfao) they totally rock :-)

Racheal Imako: The G Strings not only showed they had talent and style but brings the crowd with them on their musical journey.....get on board and enjoy the ride for their next gig.... ;)

CONNIE Eichel: i love it, it is unique in sl, i think

Slash (Guns n Roses)*: The best you will EVER hear every gig 5*

Jimi HENDRIX* Unique and totally worth it- they rock

About the Broken G String

Run by, loosely controlled, and given alcohol by 10 Gumbo, the music genius and true artist.
Other band members, include:

'the jpy enough to melt your lighter' Stacy Stoanes

When we rocked EDEN

These are all places we have played/are playing in soon, and their links in Secondlife so you can check them out inworld....yes some of them even let us back!
We now have our permanent home at K-10, a fantastic Dance club at: http://slurl.com/secondlife/Dusky%20Dreams/115/70/22

Our most recent performance, where we debuted the new album, was Silver Pearl beach....a very cool, very friendly beach at: http://slurl.com/secondlife/Silver%20Shores/192/48/21

All band members are also Sisters of EDEN..... come along and check out EDEN the club here: http://slurl.com/secondlife/The%20Seduction/181/175/27 (sorry girls only)